Ariel is Sylvia Plath’s last book. Most of the poems were written in a manic burst during a period of grief and rage over her impending divorce from British poet Ted Hughes, who left her for another woman. She had tried suicide at nineteen and failed; after completing the Ariel poems at thirty, she succeeded.

As her heir and literary executor, Hughes sent the Ariel manuscript off to be published, leaving out some poems she had intended to include and an additional few she had written in her last days. Much controversy ensued: Hughes was accused of everything from censorship to murder. This new facsimile edition of Ariel sets the record straight by replicating Plath’s typed manuscript, along with her drafts and handwritten corrections. This is the book she intended to publish.

Read the rest of the review on Poets.org.

Review excerpt is copyright 2006 by Diana Manister and posted here with permission.

Due to spam, comments are moderated by administration. 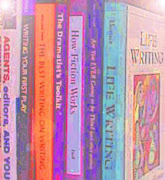 For more information, email the editor.